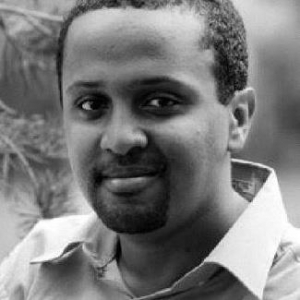 Hillary Clinton just announced her candidacy for president. If successful, she will become the very first woman president of the United States of America and her party’s best chance to defeat the Republicans in 2016.

Every Canadian woman that has tried to attain the role of prime minister in Canada has had a disheartening and humiliating public experience.

Take for instance, Mary Walker-Sawka. In 1967, the successful businesswoman became the first Canadian woman to attempt to lead a political party in Canada and ultimately become prime minister. Her campaign was a last-minute debacle but presented thoughtful ideas to the members of the once-mighty Progressive Conservative Party of Canada.

Her platform embraced smart and progressive ideas on foreign aid, old age security and women rights. In a perfect world, she could have been a great alternative between herself and Robert Stanfield and John Diefenbaker. At the end, she was defeated on the first ballot and earned only two votes. She was described by the media as someone who “looked like a housewife who had mistakenly wandered on stage while looking for a bingo game.”

Then came Rosemary Brown in 1975 courtesy of the New Democratic Party of Canada. A Jamaican-Canadian British Columbia MLA, she reached a milestone when she became the first black and the second woman to run for leadership of a political party in Canada. She brought excitement and passion to the race as she injected issues like human rights and equality to the conversation.

In the end, she was defeated by Ed Broadbent.

Kingston’s Flora MacDonald became a candidate in 1976 for the leadership of the Progressive Conservatives. She was seen as a contender but at the end, she earned only 214 votes. She had come to the convention with over 300 pledged delegates and she was dropped on the second ballot. Her unfortunate experience became known as the Flora Syndrome in reflection of women candidates whose support seem promising yet fail to materialize at the end, most likely, as a result of gender discrimination.

Kim Campbell’s leadership in 1993, reduced a healthy majority government to two seats under her watch. One-time Deputy Prime Minister, Sheila Copps, tried to replace Jean Chretien as leader in 2003 but was rebutted, became a fringe voice in a party that she had served loyally since her “Rat Pack” wilderness years, and eventually lost a nomination battle to even run as an MP.

Over the years, the Left looked forward and gave us Audrey McLaughlin (becoming the first Canadian woman to lead a party) and Alexa McDonough as leader of the NDP. Both of these competent politicians failed to bring their party anywhere close to government. As we celebrate the 150th anniversary of Confederation, let us not lose sight of the fact that Canadian women were once neglected and considered ‘properties’ in this country. We have not been as forward thinking as our reputation suggests when it comes to the rightful place of Canadian women. Canadian women were not allowed to vote until 1920 and even then, Indigenous peoples or anyone barred from a provincial voters’ list, which then included Asians and people of the Hindu faith, were excluded until much later. Sadly, in 2015, a Canadian woman still earns much less than a man because of her gender.

In the 2015 federal election, it is shaping up to be a race between three white males — Stephen Harper, Justin Trudeau and Thomas Mulcair.  Yet our politics should reflect our population and perspectives. We should nurture it to change, expand, and embrace diversity and equality. We should not just become enthusiastic cheerleaders and observers of what is taking place south of the border but be an example to the world.

In this year’s federal election, we can embrace progress, however small, by allowing the Green Party’s Elizabeth May to be included in the debates. The three leaders, who are fathers and grandfathers of a new generation of Canadian women, should endorse her effort to be included in the debate. She will not become prime minister in 2015. However, allowing her to debate is the right thing to do and will reflect the rightful place of a Canadian woman for those who may want to emulate her political aspirations.

She is now our best hope until we have our own Hillary Clinton.

– Samuel Getachew is a frequent columnist for Leaders and Legacies and the Huffington Post.

Guaranteed income would establish freedom as a reality, rather than a slogan. -- Erich Fromm

What the leaders said…

"No one can look unto the future. That is denied us. I can say one thing. I have devoted the years of my life—the full span—to this country. That devotion has been repaid over and over again by the fact that Canadians have given me, in my custody, their hopes and aspirations. I shall continue to do everything I can…to bring about the concepts which have been my life’s work, the denial of discrimination and the preservation of unity." -- Former Prime Minister John Diefenbaker,

A campaign to end inequality in Canada