December 3, 2020 in Columns, Leaders from History Leave a comment 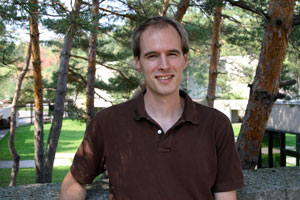 Few Canadians know the name Arthur Meighen. It is an odd and unlucky fact of our historical memory. We remember the prime ministers who lasted – King, Laurier, Macdonald, Trudeau. We remember an eccentric stand-out like Diefenbaker, and the ones whose signature policies shaped Canada, like Mulroney with free trade (and the GST) and Pearson with universal  health care. Not Meighen.

It has nothing to do with talent. Meighen’s contemporaries saw him as the most capable parliamentarian of his generation. The young lawyer and former school teacher did not come from a wealthy family. He grew up on a southern Ontario farm where he imbibed the Victorian virtues of hard-work, probity, and self-discipline. He attended the University of Toronto with his future nemesis, Mackenzie King. But while King’s family connections to the Liberal party helped set him on his way, Arthur Meighen had to depend on his own wits and skill to make connections.

As a young MP in Borden’s government, he rose through the ranks to become the government’s most capable minister. Whenever the government needed tough legislation crafted and defended, it turned to Meighen. Even when the legislation did not fall within his ministerial remit, Meighen took the lead in defending it.

This would come back to haunt him.

Meighen drafted and defended the most government’s most controversial measures. He devised the first closure measure in Canada’s parliament. Then, in 1917, he drafted and defended the Wartime Elections Act and the Military Service Bill. These bills imposed conscription during the war and devised new electoral laws that rigged the electorate to ensure a government victory. In our historical memory, these bills are akin to the ‘separate but equal’ policies that enshrined the legitimacy of Jim Crow in the United States. They divided the country between French and English. They also harmed the government in the west where many farmers resented sending their sons off to fight when they were needed on the farm.

What often gets forgotten, though, is that most in the country, and a substantial majority in English Canada, agreed with the government. The wartime feeling of sacrifice, and the desire that sacrifice be equally shared, spread throughout the country. It fed the fight for women’s suffrage, for prohibition, and even the labour movement with its plea to conscript capital as well as manpower. After the war, the urgency faded. Liberals who had joined the Union government to back conscription drifted back to the Liberal party, now headed by Meighen’s old classmate, Mackenzie King. The taint of conscription, for taint is how some came to see it, especially in Quebec, stuck with Meighen but not with the Liberals who went on to serve in King’s governments.

When Borden retired, the Conservatives chose Meighen to lead them into the postwar years. It is hard to know if any other leader might have fared better. Certainly, Meighen easily fitted into the caricature of the Anglo-imperialist monster that orators decried on the hustings in Quebec. In 1921, amidst a flurry of western political protest, the aftermath of postwar depression and labour revolt, and anti-conscription bitterness in Quebec, the electorate drove Meighen from office.

The amazing fact is that they didn’t give Mackenzie King’s Liberals a majority government. For the next four years King governed with the parliamentary support of both his own party and the new Progressives, the western Canadian-based, agricultural protest party. When King finally called another election in 1925, he hoped that the electorate would reward him with the majority he believed he had earned. It didn’t happen. Meighen and the Conservatives got in the way.

When the ballots were counted, King’s Liberals lost seats and were now only the second largest party in parliament. The Progressives suffered the first of those losses that would eventually see them fade away as a party. Meighen’s Conservatives, with 116 seats, were the largest party in parliament. Almost shut out of Quebec, they captured the vast majority of seats in Ontario and Atlantic Canada, and even in the west they finished a respectable second, only a few seats behind the Liberals. Critics would later say that Meighen was too inflexible and too tainted by his wartime actions to ever effectively win public support. The 1925 election results show this to be nonsense.

Meighen’s bad luck, though, wasn’t through with him. King decided to wait for parliament to meet to see if he could win its confidence. This was his right as sitting prime minister, especially after an election that had not given any party a majority. In the end, King convinced the small group of Progressives who held the balance of power in the House to let him continue in the job. Over the next few months, though, revelations of corruption in the Customs Department implicated Liberal partisans and a Liberal cabinet minister. The scandal rocked parliament day after day and threatened to overthrow the government. With a motion of censure on the floor, and parliament almost certain to vote against him, King went to the governor general to ask that parliament be dissolved. Better to fight an election, King thought, than to face the humiliation of defeat in parliament.

Governor General Byng had a surprise for him. He refused King’s request. If King could not govern, Byng said, then the Crown would turn to the leader of the largest party in parliament, Meighen, to see if he could govern. The nation had only just been through the uproar and expense of an election. Why go back to the hustings so soon?

King could not believe it. In his mind, this was the fight for responsible government all over again. Here was an arrogant British aristocrat defying the advice of the elected Canadian prime minister. It was the story of his grandfather, the rebel William Lyon Mackenzie all over again.

On this as on many issues, King’s principles were not without a heavy dose of hypocrisy. King admitted to the house that a governor general was well within his rights to refuse a dissolution in certain circumstances. When parliament resumed, however, this time with a Conservative government, King did everything in his power to make parliament unworkable, moving motions of non-confidence in the government and then, when these didn’t work, attacking the very legitimacy of the government which, because King had resigned so hastily, was composed of temporary ministers without portfolio. Under King’s unceasing onslaught (which constitutional scholars later pointed out to be unfounded) Meighen’s new government faced its biggest test.

It might have survived if not for one more bit of bad luck: a broken pair. Parliamentarians can’t always be in the House for votes, and they had developed gentlemen’s rules to ensure a government didn’t fall simply because one of their members was too ill to be in the House. This involves one member pairing up with another member. Both agree that they won’t vote. In 1926, a Progressive MP broke his pair and voted. The Conservative government fell by a single vote.

The bad luck wasn’t finished. King went on the campaign trail with Liberals across the country, but especially in Quebec, fighting the campaign on the constitutional issue and decrying ‘Downing Street domination.’ There was one problem with this scenario. It was, in fact, King who had urged the governor general Byng to get advice from Downing Street. When Byng told King he would not give him his dissolution, King urged Byng to write to officials at the Colonial Office and get their advice. King would later defend his move, saying that he only sought clarification on a constitutional issue. But it’s hard not to see the hypocrisy of this move. He went on the campaign trail decrying the very thing that he had advocated. A crasser case of political hypocrisy is hard to find. But the letter remained secret. It only emerged a year later. Too little, too late.

In 1926, King finally got his majority. The constitutional issue and other campaign promises did their job of burying the customs scandal that had led to the Liberal government’s fall. King returned to office in 1926 as head of a majority government. Meighen went down to defeat and soon thereafter resigned as Conservative leader. He would make one failed comeback bid in 1942 in the midst of yet another war and conscription crisis. It was not to be. The man who many agreed was one of Canada’s finest parliamentarians and debaters would go down in history as a largely failed prime minister, someone who could not win the confidence of the people, too intransigent to compromise, too principled to be a good politician.

Historians don’t like to talk about luck, preferring to find reasons why events turn out as they did. There are plenty of reasons for Meighen’s lack of success. The very skills that saw his rise also contributed to his downfall: too capable in drawing up and defending policies that, while popular in one era, would be decried as an embarrassment only several years later.  He lived by stern principles that were becoming honoured more in the breech: a man of conviction, not compromise.

But it’s hard not to also see that chance kicked Meighen in the teeth: the broken pair, King’s hypocrisy, and the letter that revealed it, found too late. On each of these points, Meighen had reason to complain. It just wasn’t fair.

Years later, looking back on the 1926 issue, Meighen would write privately that the “Constitutional Crisis of 1926…is a subject where all the facts, some of which, though decisive, were at the time concealed or perverted, are now known. It has thus become one of those rarest of all cases where there is no room whatever for difference of view.”

He was wrong on the final point. Many historians have disagreed on 1926. But he was surely right to think that the facts did, by and large, back up his view of right and wrong. Alas, in politics, being right doesn’t necessarily win you the election. Bad luck indeed.

Christopher Dummitt is Associate Professor of Canadian History at Trent University. Follow him on twitter at https://twitter.com/chrisdummitt1